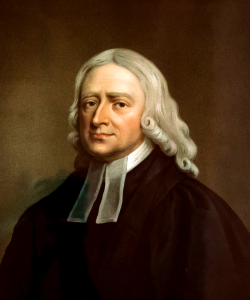 With adherents spread among the islands, and into Foreign lands, the Free Wesleyan Church's administration office is located on the outskirts of the Central Business District beside one of its monuments, the Centenary Church. Established through the conciliatory of Queen Salote Tupou III to bring together two branches of the early Methodist Movement (the Free Church of Tonga and the Wesleyans (Siasi Fakaongoongo) the Free Wesleyan Church adherents predominate much of Tongan society.

The Free Wesleyan Church, on paper, is organised into a hierarchical system governed by a General Assembly which convenes annually to review the decisions of its major representatives: The President of the Conference, Secretary of the Conference, and Conference Working Committee. In practice, personal critique, the organisation is run by dominant figures within and external to its formal structure.Progressing towards the millenium this church organisation is facing many challenges from its governing directives and from the social changes continually facing Tonga's melding with off-shore influences.

The first attempt of bringing Methodism into Tonga was by a group of Missionaries from the London Missionary society. They arrived with the Duff in 1797. Their attempt was unsuccessful. From there, it was almost 30 years before a stable and well-organized mission work was started by the Wesleyan Methodist Mission from London and Sydney. Despite Tonga’s “Friendly Island” by Cook, Tonga was considered dangerous to visit, especially during the first two decades of the nineteenth century.“Neil Gunson summarises the first period of sustained contact with papalangi and missionaries: ‘ in the period 1796 – 1826, Tonga met the outside challenge of European ideas and skills, made its adjustment and, on the basis of the experience of thirty years, opted for Christianity. Island Missionaries and thoughtful beachcombers, perhaps more than European Missionaries had helped towards this outcome.’”

Wesleyan Missionaries still encountered problems even after 1826. Priest caste of the traditional religion, chiefs and people all caused strong oppositions for the want of traditional standards and values to be safeguarded. The Missionaries themselves also caused some of the problems. They sometimes reflected their home-countries social and religious background and of course, not very sensitive in their approach in a totally strange environment. “Their attitude was mainly determined by a strong zeal ‘to save the lost….at all cost’ combined with a consciousness of the absolute righteous of their cause.” 1834 – a revival movement by the name of the “Tongan Pentecost” swept over the islands. This revival is still regarded as important for the development of Christianity in Tonga.

“It confirmed and extended what had already begun with several crucial conversions such as that of Taufa’ahau, who was already on the way to gaining politician power over the group and was soon to secure the establishment of Christianity in the whole Kingdom as King George Tupou I, Taufa’ahau was able to keep Tonga out of power struggles between the colonial powers of that time.”Because Tupou I was very determined to maintain Tonga’s political independence, the idea of having an independent church probably developed.1880 – Tupou I proclaimed……

“Tonga should have an independent church ….. the missionaries and the whole world should see that I am determined to have the separation.”This proves that it was not only the influence of Shirley Baker, a former Missionary and Tupou’s advisor, that led king Tupou I to this separation. This separation is that of the Free Church of Tonga from the Wesleyan Mission in 1885.

Census of that time stated “’more than 90% of Vava’u and Ha’apai and a majority of Tongatapu were willing to follow the King in the breakaway to form the Free Church.” “In violation of the 1875 constitution, in which religious freedom was guaranteed, the remaining Wesleyans were persecuted, and in 1887 a small group, suspected of being involved in a murder attempt on Baker, were exiled to Fiji.” 1924 – Queen Salote (leader of the Free Church) attempted to reunite the Free Church with the Wesleyan Mission. It is said, that this was because she was influenced by the fact that she was married to a Wesleyan high Chief, William Tupou Tungi.

The presidents of the Church since 1924.

Jesus, the ONLY way!

Grace is the “the free and unmerited act of God through which we, the fallen creatures are restored to God’s original favour” -- John Wesley.

Copyright © All rights reserved. The Methodist Church in Tonga 2016.